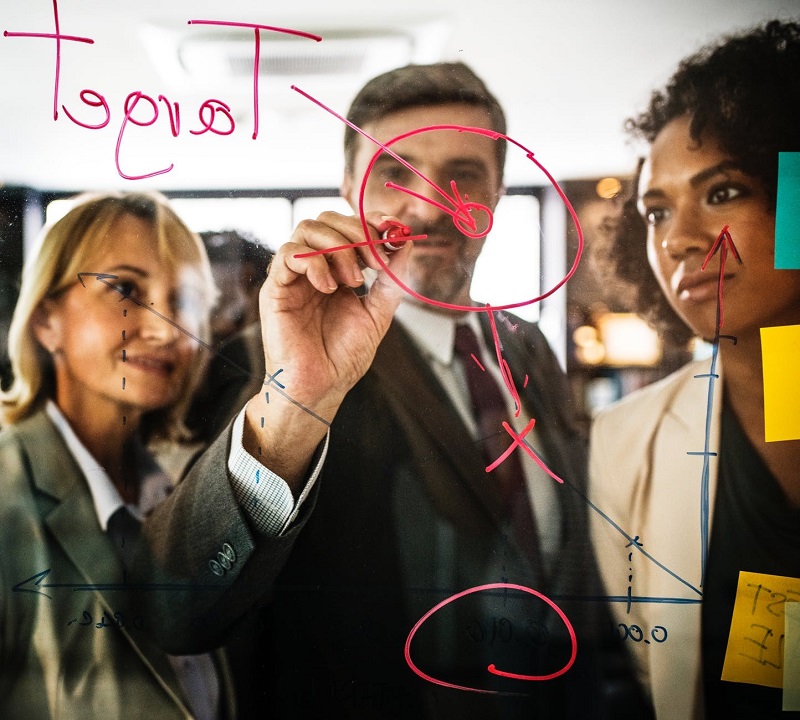 An article review is one of the first stages of an independent study when students should familiarize themselves with research papers on a specific topic, analyze the views of researchers and collect arguments to prove the thesis. Such type of work as an article review teaches students to work with scientific sources, to analyze and systematize information. First-year students receive tasks to review articles with the goal of acquiring the first skills of scientific writing, to develop the ability to separate the most important from the secondary, working with data quickly and efficiently.

Below, we give two examples of management article review that may be useful in your further research. Be sure that after reading them you will say, “I can write my literature review now” with confidence in the successful final results.

The article titled “Collaboration and Leadership for Effective Emergency Management” by William L. Waugh Jr. and Gregory Streib presents a result of research that harbors rather intricate ideas and serves as an immediate encouragement to action. Notably, the facts of this research expose the disengagement and the inappropriateness of the Federal Emergency Management System during the rampage of hurricane Katrina. Consequently, the article discusses the relevance of the command and control system of the Department of Homeland Security within the FEMS. Also, it forwards its arguments related to the collaborative approach, which stresses that a logical and healthy communication and functions division will work in the said sector better.

The researchers analyzed data on the evolution of homeland security from the civil defense to all-hazards. Moreover, the article invokes some natural disasters and how the DHS has dealt with them to provide a distinction between the mentioned two forms of cooperation. As a result, the study proves that such a sector of paramount activities cannot be overseen by a single person, because it is too complex a network and a collaborative approach will work out here better.

That being said, the article signifies that the emergency control is a field that is greater than just the emergency response one. Consequently, despite the level and strength of leadership skills, the command and control system simply is not able to cover all the required areas that demand prognosis and reaction. Super control and strict subordination in the DHS and FEMS cannot adequately cope with the said field anymore. Due to the involvement of multiple sectors in the emergency management, such as legal, HR, urban, financial and other ones, it needs an efficient collaborative system that will harmonize all the process.

Regardless of the scrupulous and extensive research of the theoretical and empirical basis, the scholarly work does not include auxiliary appendixes. Comprehensible and graphical stats and charts would greatly complement the article and provide an opportunity to savor the information better. In addition, the contemporary FEMS model has multiple application in various countries. An analysis of the foreign experience in the relevant field and its comparison to the US situation would be beneficial. Also, considering the article’s context, the scholars should have attempted to design their model of a collaborative system and its strategic interaction framework. The relevant findings have to be practical and forward well-established recommendations for the government to consider in its administrative emergency field.

Management theory is an interdisciplinary branch of public knowledge, which includes not only sections on the theory of social management, but also studies those social changes occurring in managerial thought in historical retrospect, that is, it considers the theoretical legacy and practical activities of scientists, politicians, and practitioners. Sumantra Ghoshal in the article “Bad Management Theories Are Destroying Good Management Practices” considers the relationship between management theory and practice, and also makes a bold statement that academic theories actually harm the practice of real life (p.76).

With regard to the development of the theory, the author says that there are a number of unsolved problems relating to terminology, determining the scope of the theory, substantiation of principles, etc. Some statements are general in nature and not accurate enough. He states that “Management theories at present are overwhelming causal or functional in their modes of explanation.” (p. 79).

Turning from theory to practice, the author notes that nowadays, organizations are increasingly turning to methods of strategic planning and management, considering sudden and drastic changes in the external environment, in technology, in competition and markets as a reality of modern economic life that requires new management techniques. Management structures are also changing, in which decentralization is preferred. Organizational mechanisms are more adaptable to the identification of new problems and the development of new solutions than to the control already taken ones. Maneuver in the allocation of resources is valued higher than the punctuality in their spending.

The information explosion in management had a positive effect on management theory, but at the same time, it had negative consequences. Representatives of various fields of science not only raised new questions, offered postulates, research, and problem-solving methods, but also began to interpret management in accordance with their own ideas and even put forward a different from generally accepted understanding of management theory. The author considers this the main problem of modern management theory because, in his opinion, most scientific studies were not sufficiently developed, they were initially built on false premises, and sometimes even were controversial from the perspective of ethics and morality. The author calls this approach “the pretense of knowledge”. (p.77).

According to the author, the management theory became more and more confusing, with the result that the situation in the early 60s was characterized as “real jungle”. In this regard, many other researchers stated that there is no single universal theory of management. This view is common now. The history of development and the current state of management indicate certain ambiguities in theory.

If you go back to practice again, the author traces the pattern that a contemptuous attitude towards theory flourishes in management circles. It is considered that management is a practice, and if the manager finds himself in a difficult situation, the theory will not save him. Art in management is the ability to see what others do not see. A theory that is readily available to all who want it cannot help one manager to see further than others. However, this statement is only half true. The management knows the theories that have proven to be correct. This means that although there is no certainty that we know enough, the probability of a major error is not very high.

Thus, according to the author, the main task of the modern management philosophy is to “make knowledge” productive. A number of researchers in the field of management believe that the new management philosophy requires significant changes in management systems in the direction of giving them simplicity, flexibility, efficiency, and competitiveness. And at the same time, management can not do without the use of scientific methods. They help in the formation and development of the cognitive base, are particularly important in the management of production, are effective in planning and controlling, and play an important role in the course of making decisions that can be algorithmic.

In conclusion, it should be emphasized that the theory of management is a scientific discipline focused on solving practical problems. Therefore, its conclusions (postulates) cannot be assessed at the stage of development of theoretical positions. The significance of theoretical recommendations can only be determined in real conditions. Today, management theory has spread not only in the sphere of activity and management of material production, but also in new branches – non-commercial institutions, in education, health care, etc., and their leaders have become professional managers.

Many principles of management are essentially hypotheses that require further research and verification. Some problems are standard and managers can apply universal methods to solve them. To solve non-standard problems, there are special methods or certain technologies developed by management theory, other scientific disciplines, as well as practice and life itself.