DomypapersBlogEssay Examples3 Essay Samples on Dolphin Hunting and Killing: What Is This Problem Today?

3 Essay Samples on Dolphin Hunting and Killing: What Is This Problem Today? 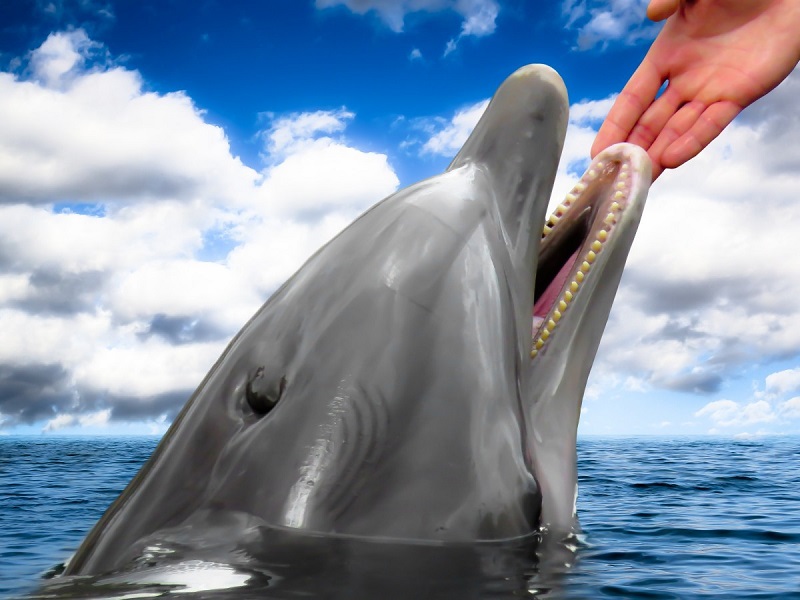 Dolphins are considered to be the only predators of our planet that never attack a human being under any circumstances. Just for comparison, study the numbers – what animals kill the most humans each year? 25,000 people a year die in the world from the fangs of dogs, which are among the favorite pets of all humankind. On the contrary, it is generally accepted that dolphins tend to save drowning people and try to protect swimmers from sharks at the risk of their lives. The reason for this behavior towards a person remains a mystery. But instead of gratitude, people respond with evil, deceit, and cruelty, luring dolphins in the net and causing them to suffer unbearably in the last moments before the inevitable death from human hands. Nowadays, 100,000 dolphins and small whales are hunted every year according to a report by Sandra Altherr and Nicola Hodgins.

In this article, we present three examples of an essay on the problem of hunting and killing dolphins, suggesting civilized ways to stop it.

1. Dolphin Hunting in the Faroe Islands 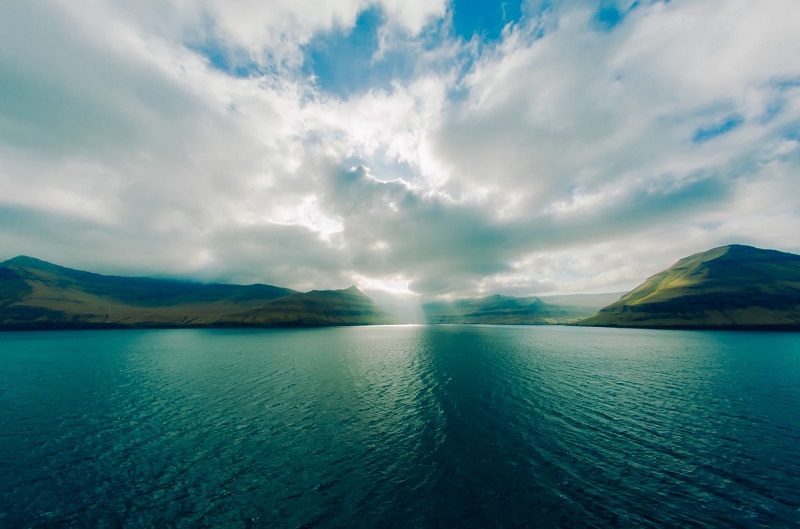 The Faroe Islands are an autonomous province of Denmark where whaling is prohibited. Nevertheless, the laws of the Faroe Islands allow the massacre of dolphins and whales, which has become an annual tradition. This custom, first mentioned in 1298, dates back to a time when the islands were inhabited by Vikings and their descendants. For centuries, this was almost the only way to survive on remote islands.

The scientific research confirms that in the Faroe Islands, where the harsh climate and fishing is the way to survive and make money, hunting for whales and dolphins is allowed. But according to the law, they can be killed only with a special tool that does not cause unnecessary suffering to animals. But as a rule, fishermen use ordinary knives, and animals slowly die in the water, bleeding profusely.

It’s just terrible even to try to talk about it from a moral point of view. It is scary even to imagine that a modern civilized person is capable of such cruelty. However, the reality is that it is a traditional way of providing meat to the local population in this area. But at the same time, fishing is the main way to replenish the budget and source for the survival of citizens. The economy of the islands is kept afloat only by fishing by both local and foreign companies. Today, 30% of the total working population is engaged in the field of fishing and fish processing. It is obvious that at the level of significance of fishing for the islands, this figure is not large, and people kill dolphins for survival.

Therefore, it is necessary to work on this problem both at the state and at the individual level. For its part, the state could attract investments in fishing companies from abroad, make investment programs and tax payment procedures more accessible and convenient. By attracting foreign funds, it would be possible to increase the remuneration of ordinary fishermen doing physical work, and they would no longer need dolphin meat to survive.

In turn, this idea will not work without transformation at the level of the mentality of citizens. It will not happen in one day, but the population of the Faroe Islands must understand that killing a dolphin is almost equivalent to killing a human. In the 21st century, when most of humanity never saw war, did not experience hunger, it is unacceptable to kill human-like creatures.

At such rates and with such approaches, the next step will be to devalue human life, to return to the Middle Ages, and reject the human right to life. Global changes begin with individual transformations, and the refusal to kill and hunt dolphins is another step towards a civilized global community. 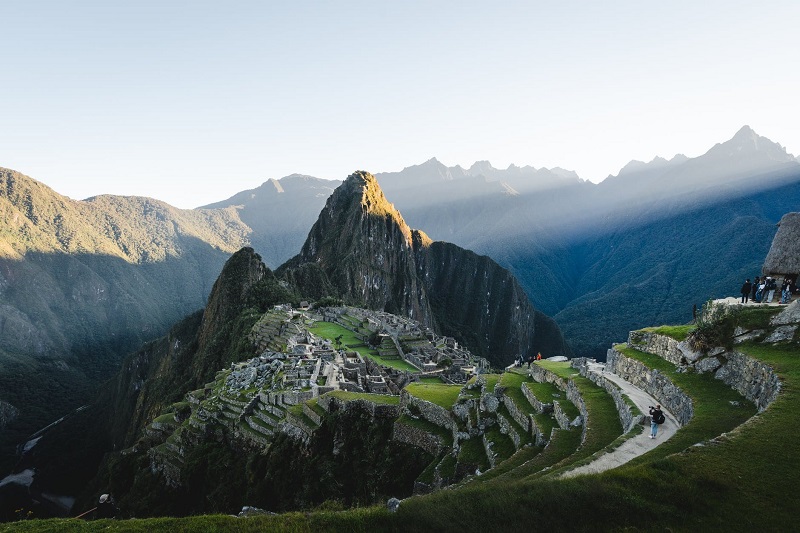 Starting writing about it, hands are trembling by themselves because Peruvians have several times surpassed the cruelty of Japanese and Danish fishermen in dolphin hunting methods. Moreover, here we are confronted with two problems at the same time, even without taking into account the moral side of the issue.

The fact is that hunting for dolphins and eating dolphin meat is prohibited in Peru. But shark hunting is legal. Fishermen annually kill dolphins in the deep waters of Peru to use their meat as bait on a shark. Shark meat is not appreciated but is sold in Peru. The most valuable and expensive part of the shark is the fin. This is the main ingredient for fin soup, which is considered a very high-grade food.

Today, shark hunting, for the sake of cooking finned soup, has reached a critical point. A 90% shark population has been exterminated in the last 50 years. The extermination of sharks on such a scale leads to irreparable consequences of disturbing the ecosystem of the oceans. But what happens in Peru harms the ecosystem of the oceans doubly. Peruvian fishermen exterminate two populations of marine predators at a time. The method of hunting sharks with dolphin bait has shocked the world.

In 2013, the London organization Ecologist Film Unit conducted a secret investigation. They found out that poachers catch a dolphin before they start hunting for sharks. They remove the skin from a still-living creature, cut it into pieces and use it as shark bait. Often, a still alive dolphin is thrown back into the sea, where it is forced to die slowly (bleeding to death) or to be torn to pieces by other sharks.

In addition, according to the study, fishermen catch dolphins to hunt other fish. First, the fishermen capture the dolphin, kill it, and then throw the body into the river bed. The decayed meat attracts a lot of scavenger fish, which swim en masse to eat what’s left. As a result, fish are caught by nets, and then sold on the markets of Peru and Bogota. Moreover, almost 90% of fish in the markets belong to those species that can be caught with dolphin bait.

Obviously, the long tradition of shark fin soup is at the core of the first problem. And if this tradition can be considered obsolete in order to stop catching sharks on dolphin skin, in fact, the roots of such an attitude to living things in this area are much deeper. Peru is a poor country with a high crime rate. Human life here is not on the list of values; people here know little about values as such. Political and economic realities make them think only about their own survival. Killing dolphins is not perceived as something cruel, because killing a human is almost the norm.

And if on the Faroe Islands, the correction of mentality is necessary, then it is necessary to begin the transformation from the very top. It’s like a fish that rots from the head. Dolphin fishing is a consequence, and corruption is the cause. This is the cause of poverty and the need to survive. On a nationwide scale, it is necessary to transform the ruling elite, which will work for people and improve their well-being. 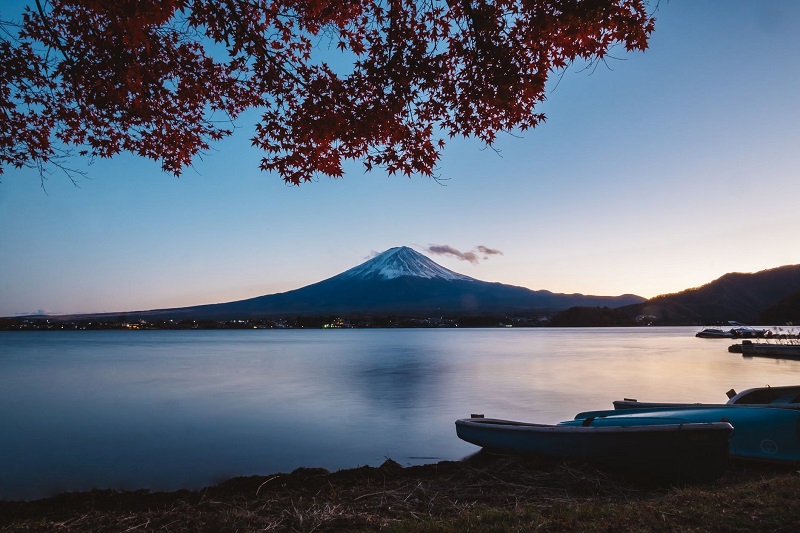 Taiji, a small coastal Japanese town, has an annual tradition of painting the bay waters crimson red. Its people do not cultivate algae for this purpose, nor do they use special paint. Each year, the beginning of September marks the start of a major dolphin drive hunting season, when lots of mammals are getting trapped in the bay and slaughtered. Their blood is what turns the water bright red.

The dolphin hunting season is a big deal for Japanese fishermen for whom it is often the only chance to make good money. For example, according to the Fisheries Research Agency, 13,067 dolphins were captured in 2007 and then either consumed or sold to dolphinariums across the world. Every lining dolphin costs up to $100,000, which makes it easy to understand why the Taiji community defends its annual tradition. The quota for killed dolphins in 2015 is 1,873 animals.

In 2009, a documentary, titled The Cove, portrayed this questionably ethical tradition of a Japanese coastal community. The film won an Oscar and drove some attention to the town of Taiji. Since the release of the film, many environmentalists and advocates of animal rights have been visiting Japan annually to participate in protests. As a response, Taiji officials use the local police to fence off the unwanted visitors. Ric O’Barry, a prominent activist, was arrested this year, and a couple of others were denied entry. A film trailer is offered for you to watch below.

Dolphin hunting that takes place in Taiji is causing mass protests from the animal rights activist groups. Their representatives believe that a hunt is an act of unseen cruelty toward animals. Dolphins are known to be intelligent animals, and the research showed they can feel human-like emotions. It is hard to imagine what must the species feel when witnessing mass murders of their own kind.

Japanese officials will do nothing at this point. They argue that the dolphin hunt, along with the annual hunt for whales, are compliant with the International Convention for the Regulation of Whaling. They also assure the international community that the species, both dolphins and whales, are not endangered. While the country’s officials say that this whaling program is conducted with the scientific purpose in the Southern Ocean, it is almost certain that killing tens and hundreds of animals is only a useful cover for commercial reasons. For example, just over the next two months, Japanese fisheries are planning to hunt down 51 minke whales.

This number of whales is too low as compared to the number of dolphins captured and slaughtered during the same amount of time. However, it is a part of a much bigger problem, which is when people’s behavior is dictated by economy and the promise of fast earnings, but not the long-term perspective of balanced coexistence of species.

Apart from the animal rights issues, the Taiji dolphin hunt raises concerns due to high levels of mercury in the dolphin meat. This meat is being sold across Japan and imported to other countries as well. If such arguments as animal abuse and inhumane practices are not valid enough for Japanese fisheries and the Taiji community, it might be that the possible threats to human health would be able to change the situation.

Have enough materials for writing an essay on such a problem as dolphin hunting and killing? Hopefully, this article is useful to write a good essay. Besides, you can take into consideration 11 facts about dolphin hunts to plunge into the problem. If you have some problems with essay writing, you know where to address – our professional team of writers and editors is glad to help you 24/7.