DomypapersBlogBook ReviewThe Catcher in the Rye Book Review: How to Write and What to Write?

The Catcher in the Rye Book Review: How to Write and What to Write?

Posted by Charles Beckman on June 6 2019

Even in our time of total penetration of technology in all spheres of life, books remain the first and only reliable source of information about the world. The ways in which we receive information have changed today, but the values and guidelines described in the classic books have not changed. And most likely, they will not change.

That is why students of most faculties study world literature and learn to perceive reality through classical works. One of the most effective ways to form an opinion about a book and literally let it pass through your inner world perception is to write a book review. Let’s see how to do it correctly. We will analyze this approach with an example of The Catcher in the Rye book. Look at the writing sample!

The Book Review of The Catcher in the Rye

Written in 1951 by J.D. Salinger, The Catcher in the Rye is a book that offers a powerful discussion of morality that the world of adults upholds to. It is a novel about an angst-driven teenager, his search for what is right and wrong, and his thoughts on the artificial and unnatural world of adults and the lost innocence of childhood. Although the book was published over 60 years ago, it still appeals to both rebellious adolescents who are struggling to find their identity and intellectuals who are criticizing the values of the corporate society. 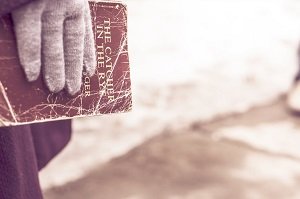 The story is centered around the 17-year-old Holden Caulfield who recalls the events of three days from December, during which he decides to quit his studies at a prestigious boarding school Pencey Preparatory and spends time in New York indulged in the world of “phonies.” After a fight with his roommate who might have taken advantage of the girl Holden cares for, the boy leaves his school and goes to the Big Apple to stay at a cheap hotel, in order to avoid coming back home where his parents are waiting for him on Christmas. In New York, he dons the role of an adult, gets drunk, orders a prostitute, and gets beaten by her pimp in his hotel room.

The Catcher in the Rye is full of satire and sarcasm towards the American society of the mid-20th century. Through the use of specific colloquialisms, the author has managed to create a feeling of time and a sense of relatedness with the characters, Holden Caulfield in particular. Salinger confessed that he was friendly with children at the time of writing the novel, which is why he understood the child’s (or adolescent, to be more precise) mind extremely well. This is why, although the reader might have contempt for Holden at the beginning of the book since his rebellious nature drove him into constant conflicts, he or she develops a strong sympathy for this “antihero.”

The most sincere moment of the book is when Holden Caulfield sneaks into his little sister’s room — secretly from his parents — and tells her he would love to be “a catcher in the rye,” the one who rescues little children when they are about to jump off the cliff in the rye field. While Holden is a reckless nonconformist, he is filled with longing for different characters from his life towards whom he used to have nothing but loathing, such as his roommate or the pimp. This way, we see the boy as both humane and naive — a child that has not yet fallen over the cliff.

J.D. Salinger died in 2010, after over half a century since the book was written. He led a reclusive life, and the attempts of journalists and publishers to approach him on the matter of his current works were not successful; TIME even called him once “a hermit crab of American letters.” The life of the author somehow continues the story of his character, Holden Caulfield. One can imagine that Holden grew older and got disappointed in the humankind, which is why he isolated himself so that he could keep some faith in the good and remain a child within.

How to Write a Book Review: The Practical Approach

Let’s start with the definition. A book review is a work that combines comprehensive analysis, criticism and personal opinion. This work is written to go through the main points of the work once again, form one’s own opinion, give answers to controversial questions, and help subsequent readers to form their own ideas about this work.

In general, the structure of this work is similar to the standard structure of an academic paper in many ways. The main point is that you need to answer some questions in the context of a book.

5 Points to Avoid When You Write a Book Review

The Catcher in the Rye: What to Review about This Book

In general, you can touch on anything that has impressed you while reading this book. The book review is an individual work, and this cannot be devoid of subjectivism. Below are some questions that you can answer while writing a review on The Catcher in the Rye. Alternatively, use these questions to develop your own ideas that will form the basis of your work.

Selinger, the author of the book, never sought popularity, did not like to give interviews and talk to the press. You can think about how his secretive lifestyle has affected his works and his heroes. Could this be a common trait with Holden Caulfield, who also had difficulty communicating? Think of this point while writing a book review on “The Catcher in the Rye”. Such discussion can attract the readers’ attention. Maybe, you’ll manage to reveal the person of the protagonist. Critics also do not reach agreement in this dispute. For example, Holden was compared to Jesus. Some believe that Holden is the idol of the American youth, others fear that this is his fall. Find the answers to the most searching questions. Don’t focus on simple retelling the content of the book.

Throughout the book, the author reveals the essence of the protagonist through his internal dialogues and thoughts. He comes to all of his conclusions within himself and is in no hurry to put his convictions for general analysis. How can this literary approach be characterized? How does this help the author to get into the very essence of his character and bring it to the readers? You can also pay attention to slang means. How and in what situations does the author move away from the literary language? Why does he do this and what effects are achieved in this way?

● Is the Hero Really Sick?

The disease is a symbol of the conflict of the hero with the environment that is widespread in world literature, a symbol of rejection from society. But is this hero really sick? Or is it just a way of not accepting social rules? In this sense, the image of Holden comes close to the image of the moral bully, who by his actions and judgments undermines the behavioral and moral stereotypes of the society ridiculed by him. Think about it in your book review. Analyze the actions, thoughts, values, ​​and intentions of the protagonist to create a complex portrait. But remember, refrain from sharp criticism or insults, even if you consider that they might be relevant in a specific context.

● What Are Losses and Gains of the Book?

In general, when it comes to the shortcomings of the book The Catcher in the Rye, critics have expressed the following opinions:

Think about these statements. These are real opinions that have a right to exist. Do you agree with any of these statements? Argue your agreement or disagreement, and try to come up with your own thoughts on the pros and cons of this book.

Top 7 References to Use

Keep in mind that your main task in book review writing is to ‘discuss’ the most interesting points of the book so that this discussion will be productive for both you as a book review writer and a reader. Fortunately, The Catcher in the Rye gives a lot of opportunities foк deep thinking and analyzing. Don’t be afraid of expressing your personal opinions strengthening them with the quotes from the book. Don’t know how to cite the book or how to write a book review on the whole? Don’t walk past – our book report writing service is open 24/7 for you!