Posted by Kimberly Austin on August 3 2019 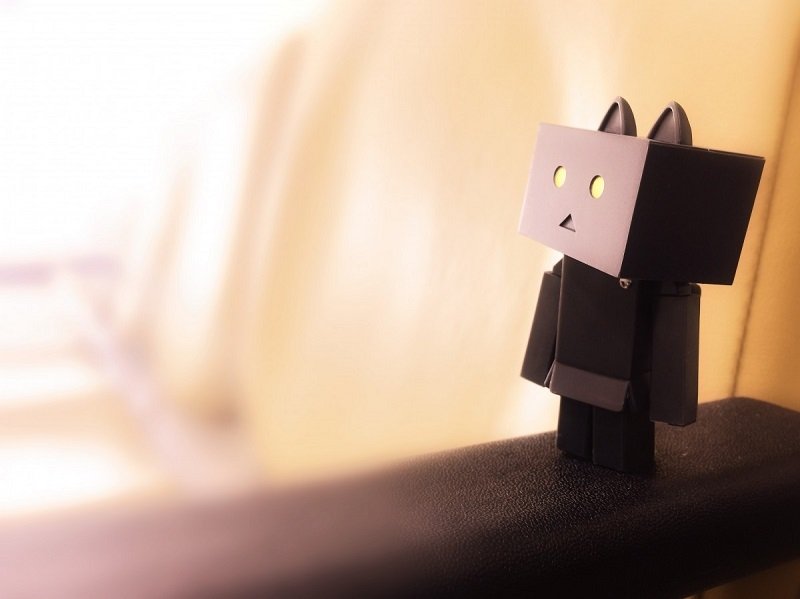 The problem of alienation is one of those scientific problems that constantly accompany humanity. Moreover, this problem is particularly relevant in our time, when fundamental sociocultural transformations are taking place in society, and the lives of many people are rapidly changing and moving them to different poles of social existence. Such a philosophical category as alienation is widely used in other scientific fields, for example, in sociology, psychology, criminology, law. The problem of human alienation was covered by many philosophers of various countries and eras. The relevance of the study is determined by the tendency of growth of negative consequences of alienation – deviant behavior, deterioration of social health, political apathy and loss of confidence in public institutions, the impossibility of realizing one’s own creative potential.

In this article, we will show you under what angles you can analyze the phenomenon of social alienation, and give an example of an essay on this topic.

The Interpretation of the Phenomenon of Social Alienation

Considering this question, it is worth saying that in the history of understanding the phenomenon of social alienation, there is a psychological and mathematical point of view.

In turn, Karl Marx developed a sociological interpretation of alienation. He derived it from the results of the distribution of labor, private property, and exploitation. He singled out the following types of alienation from

In capitalist production, alienation in the labor sphere causes all other forms of alienation (into politics, law, religion, science, art, etc.). Overcoming political alienation, according to Karl Marx, is possible if the material and economic alienation are eliminated. Alienation can be overcome as a result of the proletarian revolution.

5 Additional Sources on the Topic

The Consequences of Social Alienation

Alienation has a number of adverse effects in psychological, physiological, economic, and political aspects.

The Subject of Social Alienation: Who Is Most Prone to?

Scientists have come to the conclusion that alienation can be death-threatening. Regardless of the heart health indicators, the social alienation can increase the risk of death by 50%, and, in some cases, by 90%. To be socially alone means to be more aggressive, to have a high rate of developing inflammation and increasing blood pressure.

Studies have shown that older persons and adult men are the two most vulnerable groups to the effects of social alienation, in part because they tend to have fewer social contacts.

The Problem of Social Alienation in the Modern World

The problem of alienation is one of the most pressing in modern socio-philosophical thought. Alienation as a process encompasses all the vital activity of a person, manifested in the inconsistency of the human nature and nature of social relations, in the loss of control over the products of one’s own human activity and in disagreement with nature. The continued interest in the problem of alienation is intensifying in connection with the entry of society into the era of post-industrialism, in which more and more new forms of alienation appear, giving the problem a global character.

People are concentrated in cities, and, it would seem, interpersonal communication, mutual understanding, and coherence of actions should be strengthened here. But the differentiation of social life is increasingly alienating people from each other, and as a result, interpersonal alienation increases.

This is due to the fact that the difference in the well-being of different segments of the population is increasing many times, more and more often “a well-fed man finds it difficult to understand a starving one.”

In addition, the accelerated pace of social life contributes to the growth of alienation, which is why people do not always keep up with social events. There is a feeling of disorder, uselessness, meaninglessness of existence in a huge, complex, rapidly changing the social organism.

Despite the fact that social alienation is an extremely popular concept in modern psychology and sociology, the exact meaning of this term as well as the nature of the concept it defines still remains rather elusive – different theories, schools of thought and disciplines give different, sometimes, completely disparate definitions. The fact that in this or that form the idea has been around for several centuries and underwent considerable changes in the process only adds to the confusion.

In general, under social alienation, we understand separation, the estrangement of a person
from… well, basically, from anything: from the society of his peers, from the outcomes and
results of his decisions and actions, from his work and vocation, from his family, finally, from
himself. Each case has its own peculiar features, which makes the entire issue incredibly
complex – so complex, in fact, that the term often looks to be too vague to actually mean anything.

Different scientists make different classifications of alienation types, but one of the more popular ones is that of sociologist Melvin Seeman, who subdivided this condition into five subtypes:

Of course, this classification is highly formal, and even these five types often overlap, especially in practical cases. However, they are supposed to do so – the general idea is that social alienation is an all-pervasive condition that encompasses the entirety of a person’s existence, heavily influencing all aspects of his or her life. As a result, these types of alienation are more of different ways that one and the same condition shows itself rather than different conditions per se.

Although modern society seems to talk about alienation and ways of battling it all the time, there is precious little we know about it, what it is caused by and how it develops. More or less the only thing that is to be said about it is that alienation can be caused by any way a person may be estranged from another human being, the world he lives in or himself, i.e., pretty much anything, from significant changes in working or living environment and divorce to mental illness or death of a loved one.

The symptoms of alienation are as diverse and varied as its causes. Alienated people often feel helpless, depressed, oversleep or suffer from insomnia, show signs of chronic fatigue, low self-esteem, and lack of purpose, feel hopeless and meaningless. In other words, alienation shares a lot of symptoms of depression and is indeed closely connected to it. Sometimes alienation is even considered to be one of its symptoms, or a condition inherent to depression.
Either way, alienation is much more than a simple feeling – it is an all-pervading condition that heavily influences a person’s psychological and even physical health. If left unchecked, it may cause numerous ill effects, including long-term deterioration of the physical condition, lack of fulfillment, and further isolation of the person from society.

Alienation is a problem that is especially important in today’s world – it is often perceived as one of the major psychological, and societal evils humanity faces nowadays, and without a better understanding of that issue, humankind can hardly make major headway.

Social alienation is the concept that will always be present in the life of humanity since we are on the way to even more great changes and innovations. The only way to overcome it is to stay together and support each other in any life situation. In the meantime, write a good essay on this topic. Our specialists are ready to help you with any trouble. Mind it!