Top 7 Most Difficult Languages to Learn 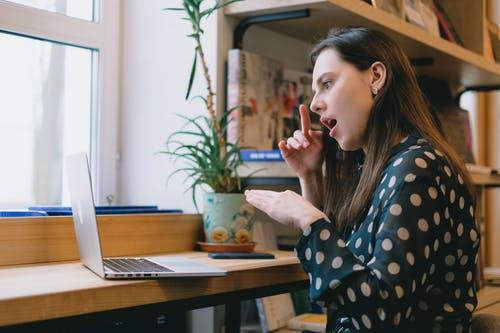 A large percentage of individuals would fancy knowing a new language. You may be going on your dream vacation and would really fancy being closely in touch with your environment. Others want to learn new languages because of the various occupations they hold in different countries, and knowing another language will be of an added advantage. Others have their spouse in a different region, and they would want to speak the same language.

Learning a different language can be coupled with lots of challenges since each one of them has different originality. Some languages may be easy to learn and others may prove very difficult. It all depends on the originality. Listed below are some of the hardest languages to learn.

Pronunciation of this language is also hard to understand because if you alter a little in the pronunciation, you will have meant a completely different thing. An example the word ma can mean, mother, horse, rough, or scold, the only thing that will differentiate it is how you pronounce it making the language look very complex.

This language can be very tough for English learners to understand. Though it is on the top 5 list of the most spoken language, the fact that it is complex does not change. The language is not the same throughout, as it is entangled in different dialects, and the first step to choose is to determine which dialect you are comfortable learning. They are classified according to different regions and may differ to a very great extent.

The most and the biggest challenge with speaking and writing this language is the fact that they have excluded a lot of vowels, making it very hard for English speakers. The wording structure is very complex, as it is written from right to left instead of left to right.

This pauses a big challenge to English speakers who are acquainted with only the left to the right format. Another challenge is that the language has sounds that do not exist anywhere in the English language, hence one has to start from scratch understanding them. In Arabic, verbs come before a subject, which is unheard of in English.

This language is also grouped among the difficult language to understand. One of the reasons it is termed as so is for a fact that their words are loaded with consonants making it hard to read especially for English-speaking individuals. Since it uses the Latin alphabet, it is easier to learn compared to Chinese.

It makes use of the Cyrillic alphabet, which is unpopular to English speakers. Forming sentences from this language means starting from scratch to English speakers. You would have to learn the alphabet first, the wording structure, then the sentence structure, which reduces you to an illiterate. It omits other verbs in a sentence, which may be hard to study the trend in the language.
It is also similar to polish in the sense that it uses a lot of consonants in its structure, making pronunciations harder. Despite this challenge, it’s a grander opportunity to learn this language, as it may open up occupation and vacation prospects.

Japanese has a repute for being one of the world’s toughest languages, and this is for a noble purpose. Japanese has not one but three languages you need to learn. Hiragana and Katakana, used largely for writing foreign and Japanese words correspondingly, are phonetic, both encompassing 46 characters. Much more problematic is kanji, which is a scheme centered on Chinese characters, of which numerous thousand are in common use.

Conversely, once you’ve got the writing system, Japanese pronunciation is quite tranquil, and the grammar is only ‘medium’ hence less to worry about. There are various sources from which one can obtain a story-based course that’ll take you to conversational fluency in Japanese, without stressing about the alphabet and the grammar

This language is not quite hard to understand, but the greatest challenge it poses is the fact that the way words are written is not the same way they are pronounced. You’ll have to go through an entire pronunciation class in order to comprehend it. This means that you might be in a position not to exhaust all pronunciations right. Making reading this language very difficult.

The challenge with this language is the fact that they attach suffixes and prefixes to language to avoid using extra prepositions in the sentence with an aim of indicating direction and significance. English learners find it hard since the vowel harmony is very different.

With the Turkish language, words ending in a vowel are altered in order to see to it that the word flows easily. It also has many words that are nonexistent in the English context, just like in the Arabic language setup.

Bottom Line
Most of these languages have little or no connection with the English language, making them very difficult to understand. As seen above, some of these dialects have an entirely different alphabetical system making it hard to correlate well with the English language while others have foreign vocabularies that you cannot find in the English dictionary. On the other hand, others have a different writing style, e.g. Arabic language which follows a writing format of right to left instead of the common left to right.

One of the big challenges with these languages is pronunciation. In other languages, words are spelled very differently from how they are represented, making it a very tiresome task to comprehend. Learning most languages requires utmost dedication in all situations.