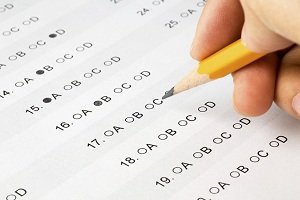 Standardized testing is one of those subjects that tend to polarize people – if you have anything to do with education, you usually either whole-heartedly hate them or believe that they are the best thing since sliced bread.

Standardized testing haters believe that it is the major flaw in American education system and is responsible for… well, if there is something wrong, you may be sure testing will be blamed for it. Decline in academic results, nervous breakdowns among students, loss of time, formalization of education – name an adverse effect, and you may be sure standardized testing has something to do with it.

Its proponents, on the contrary, believe that standardized tests are fair, easy to use, completely objective (contrary to personal evaluations made by teachers), eliminate any possibilities of ambiguity and show better results in the long run. They, too, have vast and veritable body of proof to account for their opinion. For example, when China, a country with one a long-standing tradition for standardized testing, entered the Program for International Student Assessment (PISA), in 2009, it immediately topped all other contenders in international rankings for reading, math and science.

So, if rankings of the US students started failing at roughly the same time with the introduction of No Child Left Behind program, which relies greatly upon standardized testing, it either means that the fault lies not with testing per se but rather with its implementation. Or, perhaps, the problem has nothing to do with testing at all – education is a vast and complicated process that can be influenced by thousands of factors, and in our rapidly changing world it is hard to single out anything in particular.

And yes, there is a lot to be said about the faults with the way standardized testing is implemented in the United States. For example, numerous teachers, students and their parents recently have been complaining about the inordinate amount of time, attention and effort dedicated to testing for the sake of testing. They say that in the recent years curriculum is getting more and more test-based and test-centered – which means that students spend the majority of their time not learning new things or brushing up old knowledge, not preparing for practical use of the things they learn, but readying themselves for the next test session.

Regular testing, supposed to make sure all students are progressing at a roughly the same speed, turn out to be forcing teachers and educators to make students cram up for them rather than learn the subject. It leads to highly formalized nature of education – graduates turn out to be very good at passing tests, but at little else.

Others state that testing stifles a person’s creativity, that standardization is harmful in today’s world in which success requires non-standard thinking.

When all is said and done, it is hard to say if standardized testing per se is really harmful or really beneficial – too much depends on the way it is organized. And perhaps the correct way out is not to dismantle the system altogether, but to make it work as intended.