Posted by Charles Beckman on December 17 2016 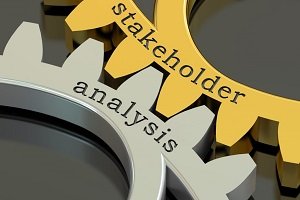 The influence of globalization and the market economy have ultimately altered the perception regarding business and how it affects the society in the contemporary environment. At present, being in the business does not mean offering services or selling goods with the sole goal of making a profit out of it. Currently, companies have gained the power to affect the world in either positive or negative ways. Considering those whom the business might affect and how the former might influence the latter, the term ‘stakeholders’ has been coined to identify the involved subjects. Notably, stakeholders frequently have even more influential abilities than the company itself. Consequently, the interrelations between stakeholders and a company are crucial to the latter’s success, which is why it will have to concern itself with the interests of the former and attempt to meet them in its best effort. The recent scandal around Neuromama and its fraudulent activities is a fitting negative example that helps to assess the correlations between the interests of the company and its stakeholders.

To start, it is fair to consider the core issues of this case. First, there are multiple aspects related to Neuromama’s illegal activities over the last two years; however, they have escalated and caught the attention of governmental bodies only this year. Subsequently, the SEC adopted a decision to halt the trading of the company’s securities at the US Stock. The trigger for this action was the incredible boost from the small $10 billion of the company’s market cap to $35 just during the first half of 2016. If this had a legal basis, it would make Neuromama more lucrative than Tesla. The list of activities in which the company has been investing is quite bizarre and includes, among others, creating an engine similar to eBay and Amazon; running a leisure business in Las Vegas, and a weird support of a Russian singer. Such is the abbreviated story of the case. Taking the said sum of money and the range of activities into account, Neuromama has a circle of millions of stakeholders that are associated with this affair one way or another.

To begin with, there are various categories of stakeholders that this company affects. The first are the owners and their agents who perpetrate the fraudulent and manipulative acts at the stock; they hope to get the maximum available profit out of this venture. The second are the staff, which expects to earn wages and bonuses judging by the recent leap in billions. The third are the people who bought the shares of Neuromama, the investors, who are counting on receiving their dividends or want to dispose of the said securities. Also, there are real projects and firms in which Neuromama claim to have invested in; thus, the former’s economic success and operation heavily depend on such multi-million investments. Further, the government is a stakeholder that engages in observing the company’s activity and expects it to follow the law in business procedures and taxation. Finally, the customers who buy the counterfactual goods fairly believe in their nonexistent quality. Hence, the said categories of subjects are some of the stakeholders that this case may affect.

There are two theories of regarding this managerial strategy that a company chooses, which are the ownership and the stakeholder ones; Neuromama opted the former one. The first centers around the fact that an entity exists to sell goods and to maximize the profit for its owners. The second one dictates that a company has a considerable social influence; thus, apart from earning profit, it has to be responsible for its effects on the people. Neuromama resorts to all kinds of illegal activities just to make more money: misinforms its customer and the government; engages in fraudulent schemes with other entities; manipulates the stock; offshores its money; produces low-quality goods under dishonest advertisements and other acts. Consequently, the chances that the honest stakeholders will satisfy their interests, in this case, are very slim. Most probably, shareowners, the companies in which Neuromama invested, the consumers, the stock and other ones will all suffer some degrees of losses after the SEC conducts its thorough investigation of this case.

All things considered, this case reveals how many subjects a business involves in the world currently. It becomes apparent that stakeholders include various categories of people and entities, and that they and the company are mutually dependent. Particularly, not only the stakeholders influence the company’s capital, but it can also go vice versa, where the company will influence stakeholders’ capital. This case reveals that the adverse managerial practices of Neuromama will ultimately cause losses in billions of dollars to millions of people.

If you are stuck with your management assignment, professional staff at DoMyPapers.com are available 24/7 to help you out. Here, you can get help with relevant issues, literature as well as the entire paper you are assigned. Remember that we can do research on any topic? So, feel free to ask us, “do my management assignment”!