Posted by Kimberly Austin on December 15 2016

In contrast to the system practiced by traditional universities, MBA business school offers a relatively new form of learning, case studies. A case study is a training system based on the analysis, decision, and discussion of specific situations, both simulated and real. A case study is considered one of the best techniques for the development of analytical and critical thinking, and creativity. The money laundering case study provides an example of a specific situation on the issue of the financial cheating of an imaginary company. 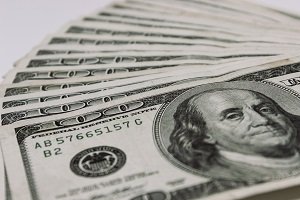 In October 2016, Clarck Holding Company was fined for $200 million by the United States for money laundering and other illegal financial operations. CHC was under close supervision after receiving two warnings and calls to improve company’s anti-money laundering department between 2011 and 2015 but still was caught on not making any real improvements. The $200 million bill, given in accordance with the Bank Secrecy Act, was canceled after a report and the subsequent investigation that revealed the company’s offshore accounts for the criminal organizations and suspected massive drug distributors in Atlanta. Finally, CHC financial administration admitted laundering of only $107 million dollars.

During the period between 2012 and 2016, CHC violated a few important aspects of the BSA: money laundering prohibition was ignored during the certain operations with Central American companies, so compliance issues at CHC were overlooked, and the anti-money laundering program provided by BSA was not implemented. During the legal process in this case, the Court noted four important CHC weak points:

The biggest fine that consists of $200 million in sequestration and $65 million in civil penalties allows CHC to slow down the criminal prosecution temporarily by asking for a probation period of developing effective anti-money laundering standards. The probation period is a three to five-year contract with the U.S. Department of Justice that includes an independent monitoring of CHC’s internal anti-money laundering programs, juridical supervision of the company’s top managers, and cancellation of bonuses for all the current and former executives who partly or fully participated in the corporative violation of the U.S. laws.

The commitments assumed by the company as an alternative to fines and criminal penalties significantly influenced the Department of Justice decision not to pursue the prosecution of CHC’s executives and corporate accounts. The practice revealed that the criminal prosecution is not the best decision, as the deferred prosecution agreement allows the company to pay the fine instead of obtaining the new debts and having a risk of bankrupting. The DOJ reasons its decision saying that the $300 million fine and the probation period is unlikely to cause the future misconduct. What is more, the long-term consequences of such agreement are most likely to give more benefits than the immediate utility. However, in such a way the DOJ does not execute its direct duty to pursue the punishment for those who break the US law. From a certain point of view, the Deferred Prosecution Agreement follows the direct interests of a State but its long-term effects may significantly worsen the overall situation in the legal and financial sectors of the country.