Posted by Charles Beckman on June 2 2015 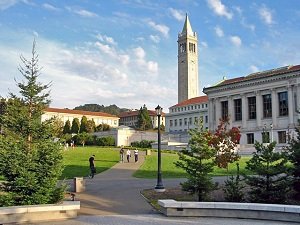 California in general and University of California (UC) in particular have been among the most sought-after education locations for international students in the world. And one doesn’t have to be a rocket scientist to understand why.

California is one of the largest and fastest-growing economies on the globe with unrivalled concentration of technology, education, IT and entertainment industries. If you plan to work in high-tech industry like IT, aviation or engineering, pursue an entertainment career or take up research, California is your destination.

One of the most important selling points of UC (in addition to its top-notch education, of course) is unique environment and composition of student body which fully demonstrates the melting pot nature of American culture.

Due to constant inflow of international students, many of whom choose to stay there after graduating, it possesses one of the most culturally and nationally diverse populations not only in the United States, but probably in the world as well. As a result, a newcomer has a much easier time adapting to it, for the locals are perfectly used to foreigners from all kinds of backgrounds – while at the same time enriching his experience and broadening horizons by meeting all these people himself.

In addition to California’s already culturally diverse population, more than 6 percent of UCs undergraduates come from about 100 foreign countries, which makes it one of the most welcoming universities for international students. It is akin to living on a crossroads of the world, in a community where you meet Americans, Canadians, French, Chinese, Puerto-Ricans and natives from dozens other countries on a daily basis and can be friends with all of them.

It is often said that being locked into an environment with a single dominating culture, religion and nation is very restrictive when it comes to personal development of a human being. One gets used to always seeing the world from one and the same point of view, accepts the habitual ideals, beliefs and norms at face value, without ever questioning them or even acknowledging the existence of norms and ideas outside this very limited scope.

One’s personal development indeed benefits from being exposed to a number of different cultures; thus University of California is certainly one of the best places on the globe to boost your growth as a person and a professional.

With 9 campuses located throughout California and more than 150 supported disciplines, UC has all the rights to be called a Mecca for those who seek world-class education in a unique and friendly environment.

In addition to that, University of California campuses are all located in easily accessible places, opening a lot of possibilities for employment, entertainment and other activities, while excellent Californian climatic and geographical peculiarities make sure that the weather is good all year round and all four seasons are equally enjoyable whenever you are and whatever your preferences. California is a prime location for extreme and usual sports, sightseeing, hiking and whatever else you can imagine.