Suffrage in Ukraine: Should Pensioners be Deprived?

Posted by Kimberly Austin on December 10 2014 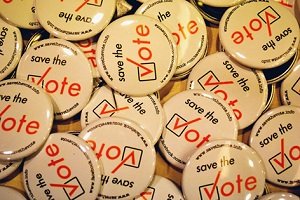 In 2013 Ukraine was outraged by the rumors about the bill aimed at depriving the retired citizens of the voting rights. According to the bill’s author, the idea behind it was that old people are still incapable of forsaking the Soviet mentality and balk the country’s progress. Although so far this proposition remains a proposition, let’s take a look at its implications.

The idea of limiting the access to voting rights according to this or that principle isn’t all that new – in fact, if you think about it, it is implemented even in the countries that use universal suffrage – for the simple reason that citizens do not get the right to vote at birth, but only after achieving certain age. Thus, limitation of voting right according to age isn’t unheard of – if young people are considered unfit for vote before they come of age irrespectively of their mental capabilities, maybe it is alright to establish an age after which citizens should be considered unfit to vote as well? After all, the difference between the two is only that we are used to one limitation and not used to another.

However, the answer is probably that there is something inherently wrong with the idea of tying the voting rights with age at all. Both these limitations are completely arbitrary. A 16-year-old with IQ over 150 is certainly more fit to vote than a 30-year old unemployed drunkard, but the state thinks otherwise.

If politicians were truly concerned about further development of the country and improvement of its situation it would be much more logical to limit the access to voting rights not by age, but by intellectual capacities. For example, in order to vote one should pass an exam in elementary concepts of economics, sociology and finance. Thus voting would be limited to those who both care about taking part in the country’s political life and know their way about it.

There is another popular idea, according to which voting rights should be limited to those who pay more into the country’s budget in taxes than they receive from it in the form of welfare. Thus voting can be limited to the intellectual and productive elite – the people who actually move the country forwards and not simply talk about it, like politicians tend to do.

Of course, both these systems are not ideal in the very least – on the contrary, they have some very important drawbacks, not the least of which being that they are hard in implementation. But both of them are more logical than trying to limit the access to voting rights on the basis of age.

However, it is very unlikely that any of these systems is ever implemented in a democratic country. Although universal suffrage is a relatively new thing (as is, for the most of the world, democracy), the western society is very sensitive about retaining it, and the idea of arbitrarily taking it away from this or that population group is very unlikely to find support even among those who isn’t going to be immediately affected by such a change.

And even if we leave the feelings of the population of the country alone, one has to think about further unfortunate implications such a decision will have. Ukraine is eager to become an inherent part of Europe, and universal suffrage, without limitations, is one of demands European Union has for its members. In (an unlikely) case such law is ever to be passed, Ukraine will have even more problems with integrating into Europe than it has right now.