The Increase of School Violence in America 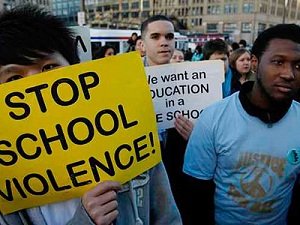 The mere fact of school violence is quite disturbing. And the constant reports from the US Department of Education and Justice, as well as from National Council on Crime and Delinquency and the Nation of Crimes, which show the rise of the school violence, do not make the truth about this phenomenon any less grim. Some facts, provided by the Department of Education reveal the horrible reality most people prefer to ignore.

5 Facts That Will Shatter Your Heart

Teachers Would Rather Get Away

It is bad enough to view the statistics of how school violence harms teenagers and children. But well, when teachers express desire to leave their occupation because they fear for their safety – it is even worse. And that is exactly what happens in Belgium, according to recent scientific study. You might say – well, at least, it doesn’t happen in USA, but perhaps we just need to make a survey in order to discover the same tendency in our country. The government needs to take immediate and effective measures to cope with the situation – at the same time, the increase of the school violence and of the quantity of crimes at school depends on our actions as well. Students should be taught to report to administration any school violence expression they see – and perhaps it will also help to lower the rate of violence at schools.