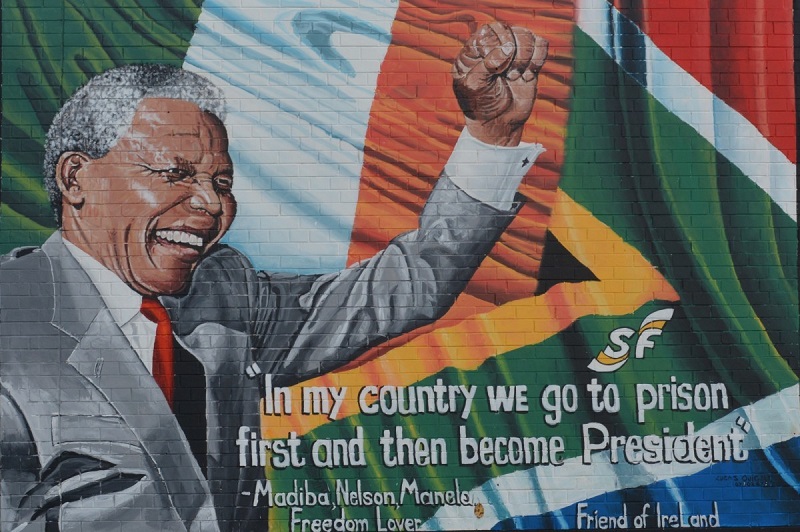 In any place where more than two people come together, the question of leadership arises. In the process of forming a group, some of its members begin to play a more active role than others – they are given preferences, they are listened to with great respect. In short, they gain a dominant position. In this way, the group members are divided into leaders and followers. This is the phenomenon of leadership in the classical form, But certain conditions of the external environment leave a mark on the personality of the leaders, their views and ways of achieving goals. In this article, we will analyze the phenomenon of political leadership on the example of Nelson Mandela, who was a real humanist in all his aspirations.

Max Weber stated, “Any person who is involved in politics strives for power. It can be a desire for power as a means to achieve ideal or selfish goals, or to power “for its own sake” in order to enjoy the sense of prestige it gives.”

The above ideal goals are the most promising, but also the most difficult ones to achieve. The pursuit of such ideal goals determines the purity of the political leader’s intentions. One of the politicians whose intentions were ideal and pure was Nelson Mandela. His ideal goal was the eradication of apartheid. Without a doubt, Nelson Mandela was the leader, who dedicated his entire life to hard work for justice and equality all over South Africa. A lot of people over the globe have been inspired by Nelson to work non-violently for a better future. BBC News claims that Nelson Mandela was the man who destroyed apartheid. Let’s look at his short biography. 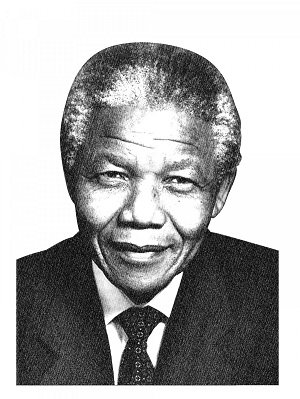 The great global leader was born on January 18, 1918. His Motherland, Transkei, is located in South Africa. The boy got a very interesting name – “Rolihlahla” which is translated as “troublemaker” from the Xhosa language. Nelson Mandela was the first person in the family who attended school. On the very first day at school, the boy was renamed by his teacher Miss Midingane. This is when the story of Nelson Mandela begins. Nelson was eager to think and learn. One day he said, “The most powerful weapon that can be used in order to change the world is knowledge”.

● The First Steps in Politics

By 1942, Nelson Mandela was already focused on the political field. In 1944, this man helped found the African National Congress Youth League. He was the one who organized strikes and boycotts in order to fight for equality and voting rights for black South Africans. Apart from dealing with political issues, Nelson Mandela was also a family man. In 1944, he married Evelyn Ntoko Mase. The happy couple had four children.

Together with happy moments in his life Nelson Mandela also faced with the hard times. In 1960 the African National Congress was officially banned in South Africa. As a result, Nelson Mandela was sentenced to life for fighting apartheid. Nelson spent twenty-seven years in prison. Upon his release in 1990, Nelson Mandela exerted every effort in order to repeat apartheid and stop the growing violence on the territory of South Africa.

● The Long Walk to Freedom

At the same time, Nelson Mandela published his autobiography book, which was called “Long Walk to Freedom”. One should mention that the second book written by Nelson Mandela was named “Conversations with Myself” and was published in 2010.

It was the man served as the South Africa President until 1999. It is known that Nelson Mandela refused to run for the second term. The deal of this significant leader was grief for millions of people all over the world. After a long disease, Nelson Mandela passed away on December 5, 2013. One of the most prominent peacemakers of all times was 95 years old.

6 Leadership Roles Based on the Example of Nelson Mandela

The complexity of the role of a leader can be analyzed by considering various functions that are included in the position of a leader. It is worth noting that Nelson Mandela is one of the few historical figures who successfully combined all these functions:

Leadership and Its Specificity in the Political Aspect

The subjects and objects of politics are always people with their own needs and interests, ideas, knowledge, experience, values, emotions, and culture. Politics is connected with relations between people, and this essential element of it cannot be forgotten.

The very definition of political leadership as the power exercised to induce members of the nation to act shows that the power of leaders is able, by its very nature, to unite citizens for joint efforts to improve the state of affairs in society. Nelson Mandela sought precisely this union for the benefit of all the people of the country, regardless of the color of their skin.

A Leader and Surroundings

At the same time, it is clear that the performance of leaders can be good or bad. Therefore, an analysis of surroundings is needed to determine its role in leadership. The question of the performance of leaders is directly related to the problems of a given society, its characteristics, or, in other words, the state of the environment. They can not put any, or contrived problems and rely on their successful solution. As J. Blondel notes, “Leaders are captives of the environment in which they can do what the environment “allows them to do.”

And it is possible to observe in real life that leaders influence the environment, and it largely depends on the nature and methods of their actions. Nelson Mandela was also forced to act in a specific environment, in an environment denying the universality of human rights. Nevertheless, he chose the path of non-violence, being deeply convinced that all people are equal to each other, and this applies even to those who encouraged the apartheid phenomenon.