DomypapersBlogBook Review5 Academic Books You Must Read in 2015 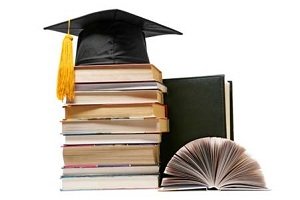 Academic works are often overlooked by the majority of reading public as being written for scattered minorities of people interested in some narrow and often obscure piece of knowledge. Novels by well-known authors, published and aggressively promoted by big publishing houses, gain much more attention; yet the truth is, academic publications are much more likely to retain their importance, let’s say, five years from now; when almost all recently published fiction books will be long out of vogue, their academic counterparts will still define what people think and how they talk.

So let’s take a look at five must-read academic books 2015 brings us.

1. The Fall of Language in the Age of English by Minae Mizimura and Mari Yoshihara

Anybody who knows more than one language knows that languages are different not simply because different sets of sounds represent different concepts. Each language has its own unique ways of expressing things and influences how a person perceives and thinks – and in a situation in which one language – namely, English – clearly dominates over all the other, these unique sensibilities are lost. Mizimura’s book is sometimes harsh, sometimes ironic, but always interesting and witty critique of this state of affairs.

2. How to Clone a Mammoth: The Science of De-Extinction by Beth Shapiro

When Michael Crichton wrote his famous novel Jurassic Park the idea of bringing back long-extinct lifeforms was in the sphere of science fiction; but as we are getting closer and closer to dropping “fiction” out of the equation, we face new questions: should we do it if it becomes possible? How we do it? What may be the consequences? Shapiro’s book states that it’s high time we start answering them, as de-extinction is getting more real every day.

3. The Emotional Politics of Racism: How Feelings Trump Facts in an Era of Colorblindness by Paula Ioanide

We are supposed to be in a colorblind world; and the law more or less upholds this idea. However, decisions are still made by people, and people tend to be governed by emotions rather than facts. Paula Ioanide investigates four well-known cases in support of this theory.

4. Islam in Liberalism by Joseph A. Massad

With Middle East is once again in the state of instability that threatens to spill over the rest of the world, this book seems to have been written and published at exactly the right time. It shows how Islam and liberalism meet in politics and culture, how they can influence each other and which way we can go from here.

5. Rightlessness in an Age of Rights by Ayten Gundogdu

People seem to be obsessed with their rights today: everybody claims to have rights to this or that. Ayten Gundogdu dedicates the book to the one category of people that remains completely rightless: migrants, and investigates the social and political implications of being stateless in our day and age.

Despite not being fiction, all these books are highly fascinating; even more so due to the fact that all of them address pressing concerns – and by reading them now we can prepare to what awaits us tomorrow.