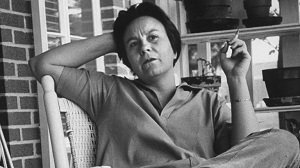 To Kill a Mockingbird by Harper Lee occupies a special place in the history of American literature. Published out of the blue, written by a previously unknown author, it became an instant classic, was adapted into film in 1962, translated into more than 40 languages, sold more than 40 million copies and continues to sell about a million copies a year even now. It would have been amazing even by itself, but one fact makes it even more fascinating: Harper Lee retired to her native town of Monroeville, Ala immediately after the book’s release and never wrote again.

And yet, now it seems that there will be another Mockingbird book, set for release this July.

Or rather, it has been in existence this entire time.

The second novel by Harper Lee, titled Go Set a Watchman, is set twenty years after the events of To Kill a Mockingbird and features a number of the same characters, but it is not a sequel per se. According to Harper Lee herself, it is a ‘parent’ to what so far was her first and only novel.

Harper Lee wrote Go Set a Watchman in the mid-1950s, before To Kill a Mockingbird. In this book, Scout, the main heroine and protagonist of To Kill a Mockingbird, comes back to her native town to visit her aged father, Atticus Finch. Similarly to the first book, this work is mostly dedicated to depiction of racial tensions in a rural Southern town and father-daughter relationships.

But it is not a follow-up – it is rather what To Kill a Mockingbird could have been. It was Harper Lee’s first novel, and it was rejected by the publisher; who, however, was fascinated with the flashbacks to Scout’s childhood and suggested that Ms. Lee should write a full-fledged novel about them.

Thus was born To Kill a Mockingbird.

But why now? Where has this book been for more than half a century?

As it turns out, Harper Lee for a long time thought that the original manuscript was either lost or accidentally destroyed, and it was only recently rediscovered by Tonja Carter, her friend and lawyer. Ms. Lee reportedly wasn’t eager to publish the novel now, but was later persuaded by a small circle of friends that it was worthy of it.

There is, however, a number of people who are skeptical about the quality of the book. Charles J. Shields, the author of biography of Harper Lee, believes that what we are going to get is a novel written by Ms. Lee without an editor’s participation when she was, for all practical purposes, an amateur.

Another ethical consideration arises in concern of Ms. Lee’s involvement in the book’s publishing. She suffered a stroke in 2007 and has been living in an assisted-living facility ever since. Her sister Alice Lee who protected her from unwanted publicity for all these years, died last autumn. Ms. Lee didn’t make any public announcements concerning the new book personally.

All this makes the sudden appearance of this manuscript right now look a little bit too convenient.