Posted by Charles Beckman on January 28 2015 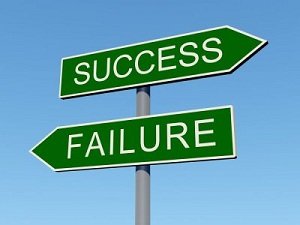 Paul Graham, the founder of ‘startup factory’ Y Combinator, created a controversial debate in the high-tech world by his recent essay about the inversed correlation of meanness and success.

According to him, mean people tend to fail – at least mean people working in the sphere he is familiar with – namely, startups. This point of view may seem idealistic – after all, we are all used to the idea and an image of a rich, successful businessman as a ruthless, opportunistic bastard who doesn’t shy away from employing underhanded tactics when it suits him.

Paul Graham – and he is a person of authority in his sphere, so his opinion is to be taken into account – thinks that this image is not groundless. Indeed, it was very much real for almost the entire duration of human history: economic success directly stemmed from control over scarce resources, people fought for these resources, and the meanest, most callous and least scrupulous of them always won.

The situation, however, changes – at least according to Mr. Graham. Today we live in the age of changing paradigms – the success is more and more often connected not with successful competition over limited resources, but with successful implementation of unlimited ideas.

Startups are the face of future business – they are created by people who have a vision of how the world may be improved, and do their best to turn their vision into reality – while turning a profit in process. In order to succeed in such business, you don’t have to be mean – in fact, being mean will actively hinder you.

Bad people have harder time attracting the best specialists to work for them – some will put up with them for the sake of money, but the best experts always have other choices. And, as startups are usually as good as the people working for them, it may have critical consequences.

Bad people waste time, energy and resources trying to make lives of their competitors harder – instead of improving their own business, which is usually more profitable in the long run. Bad people make mistakes based on their own belief that all people are as mean as they are.

Although Mr. Graham’s idea may look a bit idealistic, there is a lot to say in its favor – and I don’t even think that it should be limited to the area of startups.

Of course, saying that you will achieve any success you wish just by being a good person would be rather simplistic and naive – but in some respects it is true. People in general don’t tend to be either inherently good or inherently vicious – they tend to be, well, people, somewhere in between. Which, in most cases, means that they will deal with you more or less in the same way you deal with them.

Mean people look for ways to get advantage over other people; they don’t shy away from morally questionable tactics if they bring benefits; but these benefits are usually rather short-lived. By cheating somebody you may get an immediate advantage, but it means that you will never be able to deal with the same person again, and with anybody he tells about your misdeeds. If you do this sort of thing regularly, you will accumulate reputation that will make anybody think twice before accepting any deal from you in future.

And it is just one example, a very obvious one. Of course, not all good people are successful, and not all mean people fail in their endeavors – but all in all, your best bet at achieving your goals is simply doing the thing you like with the resources you have as best you can.