The Legacy of Martin Gilbert 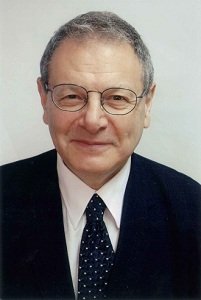 This biography is often called the longest biography ever published – it is stretched over 8 volumes and consists of more than 8 million words, encompassing Churchill’s life in its entirety, both political and personal. It wasn’t written exclusively by Mr. Gilbert – it was started in 1960 by Churchill’s son, Randolph, who gathered a team of professional historians to carry out this compendious work. However, by the time of his death in 1968 only the first two volumes were complete, so it was up to Mr. Gilbert to assume the project and see it through. He wrote the last six volumes, narrating Winston Churchill’s life from 1917 to his death in 1965.

His works are often described as inhabiting a sort of limbo between purely academic and popular works: academic critics praise his mastery of facts and ability to arrange them in order but consider his histories to be overly narrative; popular press finds his prose to be too dry and barely readable.

One of the main reasons why Martin Gilbert books are treated in this fashion was his approach to archival research. Known for his ability to unearth any conceivable and inconceivable documents pertaining to topics he worked on, he was notorious for putting virtually everything he found in his books indiscriminately. Although it turns his works into invaluable reference material for professional historians, some of them become almost unreadable for general public which is more interested in generalizations than in details.

Mr. Gilbert himself knew about this weakness of his, but he didn’t consider it to be a drawback – he always stated that he wasn’t a theoretical historian aiming to give a generalized picture of history and lead his readers to premeditated conclusion. He called himself ‘a slave to the facts’ or a narrative historian who simply recounts what he knows and allows the reader to make whatever conclusions he likes.

In his works Martin Gilbert covered a wide variety of topics, mostly dealing with different aspects of 20th century history. He wrote a number of standalone books on Churchill (“Churchill: A Photographic Portrait”, “Churchill and the Jews: A Lifelong Friendship”), the Holocaust (“The Holocaust: The Jewish Tragedy”, “Boys: The Untold Story of 732 Young Concentration Camp Survivors”) and other, more general topics, like histories of the Twentieth Century in general, history of First and Second World Wars and history of Israel.

Martin Gilbert left an incredibly rich literary and historic legacy, and future generations of historians will be forever grateful for all the work he has done.