Posted by Kimberly Austin on August 7 2014 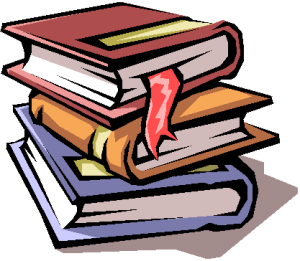 One of the most mystical and baffling parts of essay writing is getting your grade back. It seems that you’re either jaw-dropped by a much lower grade than you expected, or prancing through the corridors in delight as you stare in disbelief at a grade you know you didn’t deserve. What exactly goes on in those marking offices? Are these grades genuinely selected at random? And what exactly do markers look for in good essays? Well, my friend, you’ve come to the right place.

Do You Understand What You’re Talking About?

Bad: It was believed that Smith committed the crimes he did due to a difficult childhood.

Better: Some commentators, such as Ursula Jones, have speculated that Smith committed the crimes he did due to traumatic events in his childhood, such as the death of his father and his mother’s swift remarriage.

The first one of these examples is basically screaming “If I’m vague enough in my opening sentence I can fill up the rest of the paragraph with anything at all!”. The second makes reference to outside reading, and narrows down exactly what you’re going to say in the next section. Vagueness implies that you’re not really sure what you’re talking about – be clear and confident about the points you make, and back them up with research.

Bad: In conclusion, we can see that Smith’s crimes can be put down to a number of factors, such as a problematic childhood, mental ill health, and his own paranoia.

Better: In conclusion, it can certainly be argued that Smith’s condition was due to mental health issues and a traumatic childhood, but, like Lon Harrison, we must take into account other contributing factors as well….

The first sentence opens a conclusion that leaves very little room for debate – even if you think you’ve come to a conclusive answer to the question posed, make sure to succinctly reinitiate your points with reference to the rest of your essay. Keep it tight, short, and don’t introduce any more information. This is where you want to prove you’re confident in your essay, you’ve considered the evidence, and you’ve come up with a cohesive answer.

Bad: Smith decided to travel to his mother’s place in South LA till the heat ded down.

Better: Smith made the decision to travel to his mother’s residence in Southern Los Angeles until the police interest in his crimes waned.

This is a simple point but one that can have a big impact on the way the grader sees your essay. Run it through spellchecker, read it aloud to check your grammar, and make sure you’ve used formal language (for example, in the Bad sentence, “place” should be replaced by the more formal “residence” or “home”). Bad spelling or grammar suggests a rushed essay or a disinterested student – and reading it through one more time won’t hurt, right…?