DomypapersBlogDiscussion TopicsTo Vaccinate or Not to Vaccinate? That is the question!

To Vaccinate or Not to Vaccinate? That is the question! 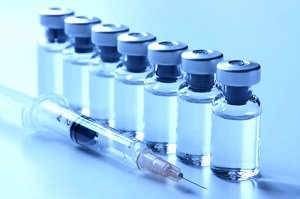 Vaccination is one of those curious topics that are capable of reducing even the most soft-spoken, intelligent, friendly and downright pleasant people to mouth-frothing, murderous rage. There are no borderline cases: one either screams about world-spanning conspiracy of vaccine-producers, or laughs with derision at obscurantists who subject both their children and others to dangers that can easily be avoided.

Arguments against vaccination are incredibly and amazingly diverse and range from belief in possible direct adverse effects of vaccines (which is probably true, but in any way not to the extent described by anti-vaccination activists) to more obscure instances of vaccines causing disabilities like autism to hair-raising worldviews in which vaccination is nothing but a sinister conspiracy by pharmaceutical corporations, natural immunity is superior in all possible ways to god-awful artificial one and epidemics of life-threatening diseases that ravaged the world in the past have probably been invented by evil corporations as well.

It is truly amazing how eager people to believe in possible danger of vaccination the most reliable proof of which is something they’ve read on a parents’ forum once, and how easily they dismiss a very real danger of disease this vaccine prevents. It seems that all people know and remember about their own experience throughout maybe last five years, and everything that happened before is non-existent and irrelevant for today’s world. They dismiss the fact that some of the diseases they don’t want to vaccinate their children against have 1 in 10 fatality rate. They forget that epidemics of these diseases have killed millions of people and crippled millions more. They believe in some kind of natural immunity which in good old times people got with mother’s milk but don’t seem to remember that prior to widespread vaccination and antibiotic usage four out of five children died without reaching the age of 2 years.

Yes, in some cases vaccination causes adverse effects – but the risk of these adverse effects is much, much lower than the risk of dying of the disease the vaccine is supposed to prevent. Vaccine decreases the risk, or rather replaces one risk with another, much lower one. As for the role of vaccination in the increase of autism rates, there is no proof whatsoever that these two situations have anything to do with each other. The only scientific work that stated this as a fact has long been disproven – yet the idea lingers in public consciousness and is unlikely to go away any time soon.

In recent years we have seen a number of outbreaks of diseases that have been all but eradicated – and the reason for this can easily be traced to anti-vaccination movement. In today’s world, in which countries that have far less stringent standards of healthcare are only a flight away, not being vaccinated is akin to having the sword of Damocles hanging over your head. A very small risk of suffering from some extremely rare adverse effect is certainly a low enough price to pay for having a guaranteed safety against a disease that is most likely to kill you.