DomypapersBlogEssay ExamplesThe Essay on Alzheimer’s Disease: What You Should Know about It

The Essay on Alzheimer’s Disease: What You Should Know about It

Posted by Kimberly Austin on November 30 2018 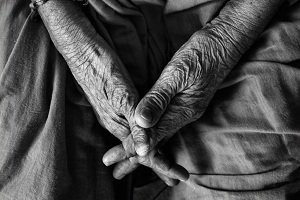 Based on the Medical News Today, among the top 10 causes of death in the US, Alzheimer’s disease ranks the 6th. According to the realistic prognoses, the situation is not going to get any better over time. There are three major statements about Alzheimer’s disease that people should be aware of. First, it is very common among Americans. Secondly, Alzheimer’s disease is progressive and lethal. Thirdly, it affects not only patients diagnosed with it but also their close relatives and the country in general.

Just look at Alzheimer’s disease facts and figures at Alzheimer’s Association. All that information can be taken into consideration in your essay on the given topic. Let us help you by explaining what it is worth to state in the essay on the topic “Alzheimer’s Disease” and how to do it effectively so that you could say, “I can do my essay on this topic easily!”

The Data on Alzheimer’s Disease to Use in an Essay

According to the recent reports, approximately 5.7 million Americans have Alzheimer’s disease. 96% of this number is people aged 65 or older, and the rest 4% have an early onset of the illness. It is known that over ⅔ of the patients are women. It is also estimated that, by 2050, the number of people affected with Alzheimer’s may rise to 13.8 million, which is 2.6 times over a 35-year time period.

What makes these statistics so pessimistic is that Alzheimer’s is a progressive mental disease which results in dementia. Memory loss, which is often associated with aging, is only one of the symptoms. In a broader sense, the body of a person with Alzheimer’s disease forgets how to function, and even such automatic processes as swallowing are affected. If you look at 2017 Alzheimer’s Statistics, over 30% of elderly people die with dementia that is caused by Alzheimer’s or another progressive mental disease; in 60-70% of such cases, Alzheimer’s one is the cause. While the disease is debilitating on its own, it is usually accompanied by other serious health conditions, such as hypertension, heart disease, diabetes, and osteoporosis.

While certain changes in the body that are caused by Alzheimer’s disease cannot go unnoticed, only less than half of people with Alzheimer’s are aware of their diagnosis. The main reason is that physicians and caregivers decide not to disclose the diagnosis to their elderly relatives, as many believe that it might frustrate and frighten them. In general, it is important to make a diagnosis like this the earliest, as this might even improve their quality of life.

It is crucial to provide proper care to patients with Alzheimer’s. Usually, relatives choose to stay with their elderly family members and care about them. This results in billions of hours of voluntary unpaid care (17.9 billion hours in 2014), which is not only an extreme financial burden on caregivers but also an economic one on the national level. It has been calculated that families with at least one member diagnosed with Alzheimer’s spend three times as much on medical care as families where nobody has the disease. Apart from unpaid care and expenses on medical services and products, such people suffer from emotional stress and in some cases develop depression. In the broader context, this year’s economic loss due to Alzheimer’s and other dementias in the US has reached $226 billion (these are mainly Medicare costs, and individual expenses are not included). The sum is expected to grow four times by 2050.

Alzheimer’s is not just a lethal condition of the elderly people but it is also a cause of significant psychological, social, and economic distress in people who deal with the disease in their family members. With millions of Americans slowly fading away with progressing dementia, hundreds of billions of dollars spent on care for Alzheimer’s patients, and billions of unpaid hours of looking after the ill family members, the disease hurts the country psychologically, socially, and economically. This calls for early diagnosis social programs and medical research aimed at finding a cure.

Where to Look for the Additional Information on the Topic “Alzheimer’s Disease”?

You should realize that your instructor expects from you an essay that is well-researched, well-written, and edited properly. Well, let’s stop on ‘well-researching’. Look through the following sources of information you can refer in your essay on the topic “Alzheimer’s Disease”:

Remember that you need to arrange all the sources (if you use them in your paper) according to the necessary formatting style? Otherwise, you risk being involved in the plagiarism scandal. Get familiar with 3 examples of plagiarism in renowned universities to avoid similar plagiarism cases.
How to Write an Essay on “Alzheimer’s Disease”? 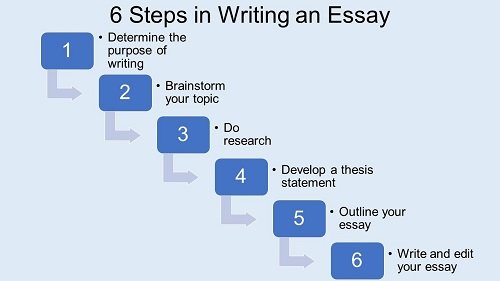 You cannot write an essay unless you have an idea of what purpose you want to pursue. All the essays are divided into particular types depending on the purpose of writing:

Indeed, your essay on “Alzheimer’s Disease” may belong to all these types as you need to impart information about the disease and explain its specifics to the reader. Then, you convince that that this disease is one of the main causes of death among the population. Additionally, you can compare this issue with the others.

You cannot write an essay unless you have an idea of what to write about. The topic “Alzheimer’s Disease” is too broad. If any aspect of the topic isn’t specified, think of the ideas you could include in your essay. For that reason, you should do in-depth research on the topic. It is better to choose those points that are less investigated. However, don’t get trapped in this direction. Make sure that you can use enough additional material for your own writing on the given topic. Have some experts on the subject? Interview them. This information will be also valuable for your essay. Keep your research organized as a clever researcher does. It will be easy for you to refer back to the sources of information and easy for you to cite them when writing your final essay.

What is the main point of your essay? Right, a thesis statement makes sense of essay writing. Usually, the base of your essay is stated at the end of an introductory paragraph. Besides, it will be easier for you to develop the main ideas of an essay. Draw the skeleton of your paper based on your thesis statement. A well-developed outline allows you to write a logical, well-organized paper. Devote each paragraph to a separate idea. Don’t put them all in one paragraph. Know how to transmit the information properly? With the help of transitional expressions. This way, you make the written content easy to follow. Your readers will say, “Thank you!” when they see logically complete parts that are smoothly transited.

Once you write an essay, don’t hurry to submit it. Check the flow of thoughts and its accuracy. It is natural to make some mistakes in spelling, grammar, punctuation, and syntax. It isn’t less important to make sure that you have fixed them all. There is a special column of assessing your work – formatting. As you see, many points go into writing a successful essay. Fortunately, all the tips mentioned in this article can help you along the way and get you on the path to a well-written essay on “Alzheimer’s Disease”.